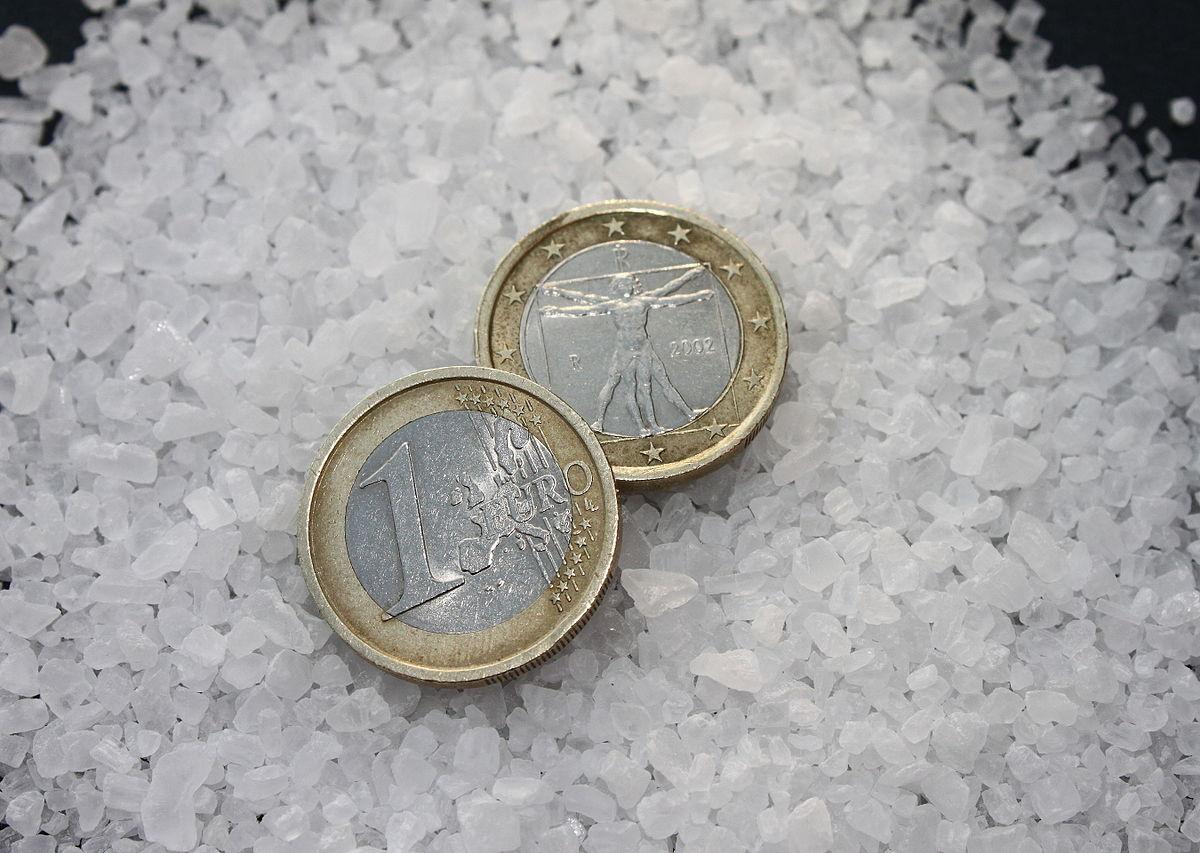 In this article, I would like to accomplish two goals: First, I want to explain what money is (and what it is not). I will argue that money is the medium of exchange, and that this is the only function of money. Second, I will point out why the size of the money supply does not matter and that the money supply does not have to grow to make an economy any richer. These two insights can be considered timeless truths about money, and I believe they are also of the utmost importance if we want to understand better (1) the role “sound money” plays for our society’s economic progress and (2) what the desirable properties of “sound money” are—past, present, future.

Money is the universally accepted means of exchange. It is, in fact, a good like any other. What makes it really special is that money is the most marketable, the most liquid of all goods in the economy. Money is no consumption good and no production good. It is the exchange good, a good sui generis. I should also note that money is not a claim on goods, and in a free market, no one is obliged to give you something for your money.

The unit of account and store of value functions, and even the means of deferred payment function, are merely subfunctions of the means of exchange function of money. The unit of account function expresses the exchange ratios of goods and services in money; for example, one apple costs one euro. The store of value (and means of deferred payment) function means that people hold money to exchange it tomorrow rather than today.

What is perhaps even more important to note in this context—and which might catch some of you by surprise—is this: no increase in the money supply can improve the monetary function of money. An increase in the money supply will merely dilute the effectiveness of each money unit in serving as a medium of exchange. In other words: a rise in the quantity of money does not confer any social benefit. It simply reduces the exchange value of the money unit.

Why? Because money is—like any other economic good—subject to the law of diminishing marginal utility. A rise in the quantity of money reduces the marginal utility of the additionally obtained money unit versus vendible items. As a result (and other things being equal), the additional money units will be exchanged against vendible items (sooner or later), thereby raising their money prices.

Now you may ask: Why is it, then, that in today’s monetary regime (be it in the US, Europe, Asia, or Latin America) the money supply is increasing? This is an excellent question indeed, and I promise I will provide you with the answer toward the end of this article.

I think that most people (who are in their right mind) would opt for money with stable purchasing power or money that gains in purchasing power. If you were to hold money that is gaining purchasing power, wouldn’t that be great? Of course it would be great for you! But wait: What would happen if and when goods prices could not rise or even fall over time? Wouldn’t that cause a significant problem for the economy as a whole?

Let us assume that people opt for money whose supply is constant. (You may think of people using bitcoin as money; the total amount of bitcoin is a constant 21 million units.) An increase in the economy’s output would then lead (other things being equal) to deflation in goods prices. Wouldn’t the economy fall off the cliff? Wouldn’t firms’ profits be destroyed? Wouldn’t consumers stop consuming? The answer to all these questions is no.

A firm’s profit is simply the spread between revenue and costs. In an economy where the prices of goods go up (which is the case in today’s inflation regime), the successful entrepreneur has to make sure that revenues rise faster than costs. Likewise, in an economy where there is price deflation, the firm has to make sure that its costs fall faster than its revenues. A firm that produces goods and services in accordance with market demand can flourish in a price inflation as well as price deflation regime.

What would price deflation do to consumer demand? Wouldn’t people refrain from buying goods today, as they can expect to buy them at lower prices in the future? The answer is no, we cannot come to such a conclusion. First of all, there are goods and services the consumption of which cannot be postponed. Think of food, clothes, shelter, etc.

What this example should tell us is that there will be nothing wrong if and when goods prices decline (rather than rise) over time. For this would not mean that demand would dry up, that the economy would literally vanish into a black hole. In fact, this is a misleading, false idea. There is no economic reason to think that the economy wouldn’t prosper if the prices of goods declined over time. In fact, the prices of goods do not have to rise to make an economy grow. There is no economic reason why you should believe that the money supply has to rise over time to make an economy wealthier.

But what about credit markets if the prices of goods decline, you may ask?

If, for instance, prices fall by 3 percent per year, the purchasing power of money increases by 3 percent. In this case, I would not exchange my money for a T-bill that yields only, say, 2 percent per year. To make me part with my money a borrower would have to offer a return on the investment that is higher than the increase in the purchasing power of money. Market credit interest rates would approach zero in nominal terms: the price component would become negative, corresponding (grosso modo) with the positive real interest rate component.

It may well be that under such conditions, credit would become more expensive when compared with today’s fiat money world. Firms would fund their expenditures by retaining earnings and by rights issues—rather than taking on new debt, and people would put a higher portion of their savings in company stocks than in bonds. In a world of goods price deflation, the credit market can be expected to function without any problems.

But credit markets would not be as inflated as they have become in today’s fiat money regime.

What do I mean when I mention fiat money? Fiat money has basically three characteristics:

(1) It is money monopolized by the state.

(2) State-sponsored central banks, in close cooperation with commercial banks, issue it through credit expansion; it is money production “out of thin air,” so to speak.

(3) It is dematerialized money; it consists of colourful paper tickets and bits and bytes on computer hard drives.

The US dollar, the euro, the Chinese renminbi, the Japanese yen, and the Swiss franc are all fiat monies. Fiat money is by no means harmless. In fact, it has far-reaching and seriously damaging economic and societal consequences, effects that extend beyond what most people would imagine. Fiat money is inflationary: it benefits a few at the expense of many others; it causes boom-and-bust cycles; it leads to overindebtedness. Fiat money corrupts society’s morals, and most likely will ultimately end in a depression on a grand scale.

The state’s monopoly over fiat money production allows it to increase its financial power immensely, making its expansion possible at the expense of consumers and entrepreneurs’ freedom and liberty. It is by no means an exaggeration to say that fiat money paves the way toward the deep state, and ultimately toward a totalitarian state.

So here we have arrived at an answer to the question I raised earlier: a fiat money system has been established for benefiting some at the expense of many others, especially the state and its beneficiaries.

You should not fall victim to the belief that the widespread use of fiat money testifies to its voluntary acceptance on the part of money users. In a world where governments have monopolized money production, currency competition is suppressed and people are effectively coerced into using fiat money for two reasons.

First, governments have established legal tender laws, which effectively privilege the use of the government’s fiat money over alternative media of exchange.

Second, governments have imposed capital gains taxes and/or value-added taxes on goods that might compete with fiat money, such as gold, silver, or crypto units, making them uncompetitive in comparison with using fiat money.

A Free Market in Money

In view of the severe economic and ethical defects of governments’ fiat currencies, however, there are good reasons for making a case for a free market in money.

What kind of money would be chosen in a free market? Mr. Miller would opt for “something” as money that is accepted as a means of exchange by, say, his baker. The baker, in turn, would willingly accept “something” that he thinks his cobbler will accept as a means of exchange. In other words: people will go for the good that has the highest marketability, the highest liquidity of all goods.

And we tend to know which (physical) properties such a good must have: it must be scarce, homogenous, durable, transportable, mintable, divisible, and it must represent a relatively high exchange value per unit. This explains very well why, in the past at least, people have decided to use precious metals, especially gold and silver, as money when they have been free to choose.

So far, I have outlined some timeless truths about money. Money is indispensable to a modern economy, for it serves as the means of economic calculation. Without money, we could not sustain the kind of division of labor and, as a result, economic prosperity which has been built up over time.

The critical question is whether in the age of digital transformation new technologies can be taken advantage of for bringing about better money, sound money. I am quite optimistic that the chances are there. The latest developments in markets for crypto units are certainly promising—especially so because they signify that people have gone out searching for better money. Also, the many entrepreneurial attempts to digitize the world’s premier currency, its ultimate means of payment, namely, gold, have made exciting progress.

But while technological progress provides excellent opportunities for improving our money, it might not prove to be sufficient, as governments and their central banks do their best to prevent a free market in money. And they are powerful defenders of their monopoly status. For instance, central banks are considering issuing “central bank digital currencies.” If and when this “innovation” is put into practice, monetary authorities will tighten their grip on the money and credit system and on monetary developments even further. In fact, there is the acute danger that the growing power of central banks over monetary affairs, if not stopped and rolled back, will ultimately bulldoze what is left of the free society and the free market system.

So what is really needed is monetary enlightenment—familiarizing people with time-tested and timeless truths about the nature of money. The people need to be informed that there is better money for them, and they need to be encouraged to demand sound money—money that serves their needs better than governments’ fiat currencies. And once people realize that they will be better off with free market money, chances to end legal tender laws, tax burdens imposed on potential money candidates, and government’s monopolization of money will arise.

Sound economics reveals that people would enjoy more freedom and greater prosperity with a means of payment that they are allowed to establish in the free market. So there is good reason to call for a free market in money—to give people the freedom to choose which kind of money they would like to use—precious metals, cryptocurrencies, or whatever.

I hope that this article succeeds in making a contribution to monetary enlightenment.